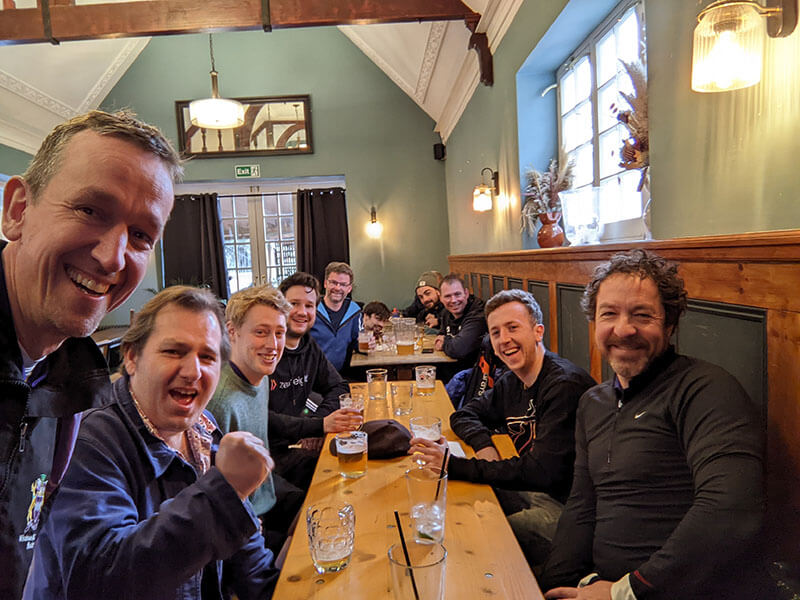 After last week’s great win, the M1s were looking to keep the momentum going and take home 3 points against Hampstead & Westminster Thirsts. It was a sunny Saturday morning in Maida Vale, and we were playing on an excellent pitch with a full squad of 15. So far so good!

We started off well, playing with a high press and held the upper hand in the early exchanges. Some strong tackles in midfield won us possession, but we couldn’t find the final pass to create a meaningful chance in front of goal. The opposition grew more confident as the half went on, starting to pose a few more problems for the M1s defence, and taking the lead after about 15 minutes.

But we kept our heads and went searching for an equaliser, which we thought we’d found. A good attack up the left from Jack Wilson, resulted in the ball popping up off a Thirsts’ player onto another defender’s body, from where it dropped down into the path of Colin Foad who calmly slotted it home. No whistle, no goal. After some discussion between the umpires, they decided on a short corner instead

To make matters worse, the Thirsts promptly scored their second goal on the stroke of half-time.

During the break we decided to play the high press again, as it had worked in the first 15 minutes of the game, and our pressure told with some high turnover ball and a number of chances created. Then, a perfectly executed penalty corner gave Colin the opportunity for a clean strike on goal which evaded the keeper and man on the line to go in. We scored the goal we so desperately needed, 2-1.

But after that, we lost our way – lacking focus to turn the game around and giving the ball away too easily. Hampstead scored again with an outrageous one-handed diving tomahawk to make it 3-1, and then bundled in another easy goal to make it 4-1. Many subs came on and off creating chaos in our midfield and defence, and the opposition made full use of this to score two more goals.

We had a good final 5 minutes but didn’t manage to score again. The match ended in a 6-1 loss, but that didn’t stop us from having a great time in the pub afterwards where we decided to celebrate last week’s win and quickly forget about our defeat!

MOTM: Jake Tasker, for an all round solid display in at least 3 different positions!
DOTD: Josh Rider, for not staying to celebrate his birthday with the team!

The team selection was done. The goals were out. The warm up was completed.

We started strong with lovely passing play down the lines and several short corners, but we couldn’t quite find the goal. However, a pass out from defence, the ball was carried towards the D and into Kareen who turned and swept it into the goal. A well-deserved 1-0 half time.

The second half they came out fighting, with swings of sticks flying all over. Some truly terrible 16s from Pip and I meant that Chris had to make some fantastic saves, keeping a clean sheet and saving our bacon several times. The Christmas trees got more frustrated and more physical when they couldn’t get one in the goal, culminating with Pippa getting a stick to the head.

At times we made it hard for ourselves but overall, a well-deserved win.

An extra special thank you to Sam Deane, who came to umpire us on her bye week and ended up umpiring the M2s as well due to Pip’s head injury.

No match report from the M2s victory, but we do have this rather nice penalty corner video!

No match this week for the Ladies 1s… 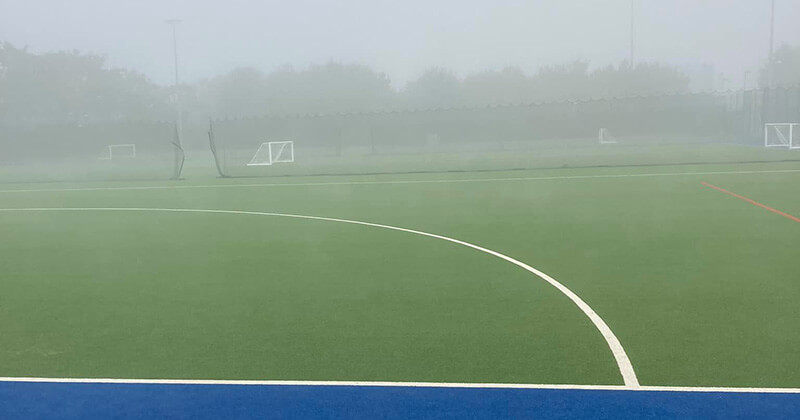 The Ladies 1s started the 2nd half of the season against Hampstead & Westminster 4s.

We began with lots of energy and pace on the ball, making a lot of quick passes and moving up the pitch to make opportunities which we were struggling to convert. We did also have to defend numerous short corners which were taken on brilliantly by Team Defence, even though when clearing 1 of them, Rachelle was met with the backside of an umpire to move around as well as the opposition!!

We kept pushing up and creating chances, then on the rebound of a short corner; with a cricket-like swing Rachelle managed to slam the ball into the backboard of the goal to get us 1 up. After taking a minute to make sure it counted, we celebrated!

The opposition were then fighting back hard, and we had to defend numerous short corners which absolutely shattered everyone’s nerves watching as we are all too familiar with the ladies 1s classic stumble of winning right up until the last minute…

But even the magical gods were with us…Sarah E-Q, after stumbling and dropping her stick during a tackle turned around to see her stick still making the tackle whilst on the ground and the opposition struggling to get round it ?

So the whistle goes during a defensive short corner after a questionable decision from the umpire (naming no names!!) and everyone in Winchmore Hill is having a heart attack watching it play out… They send it wide!!! We’ve won! 1-0.

Player of the match to Rachelle for an amazing goal, and brilliant defending throughout. Honourable mention to Chris Putt for many great crucial saves.

Dick of the day to Beth Deane for injuring herself 10 minutes after the match by poking herself in the eye whilst sitting down!

On Saturday, the Men’s 1s faced league leaders Blueharts 3 in the first return fixture to kick off the second half of the season. Having already scored 59 goals and only conceded 10 in 11 matches, Blueharts no doubt fancied their chances against us having beaten us 3-2 on the opening day of the season. However, over the past few weeks we’ve shown great resilience and immediately set out to make life difficult for our visitors.

Nevertheless, after only 10 mins we lost Colin Foad to injury, which upset the balance of the side and left us without not only our top goalscorer but also our key outlet from defence / midfield. Blueharts took full advantage of this to increase their pressure in the middle and soon took the lead with a well taken goal from their canny centre forward who latched onto a loose ball to strike the ball high inside the far post leaving Nick Smith with no chance in goal.

1-0 down, but we battled hard throughout the first half only for Blueharts to double their lead shortly before the break. Their centre forward again demonstrating his experience and quality with a first time shot on the move finding the inside netting at the far post once more.

The second half was a tale of two penalty strokes – the first to Blueharts who converted to make it 3-0; the second to Winchmore, with Sam Turmaine slotting home to claw one back. This changed the momentum of the game in our favour and for the last 10 minutes we pushed on looking for a famous comeback. But it was not to be and Blueharts held out for a 3-1 win.

We go into the Christmas break in 8th place in the league, but with lots of optimism knowing that we can beat anyone. Over the past 12 weeks the team has really found its feet and started to gel as a unit with a good passing game and I’m sure we’ll move up the league when we start again in the New Year.

Abbi scored again. That is all.