By admin Posted on September 5, 2019 Posted in Mixed Tagged with Budapest, Tour

The land of Hungary has been shaped by many different peoples over its long history. On a hot weekend in August, the latest newcomers arrived, a band from north London, aka Winchmore Hill & Enfield, brandishing sticks, masks, helmets and pads, but coming not for land conquest but…hockey. 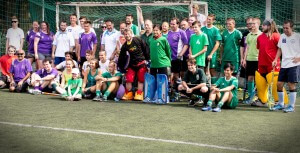 With team members arriving at different times and from different locations there was no red carpet at the airport, but those who could ventured to the Friday evening practice session at the rather Flash Gordon sounding club, Varga Zoltán Sportpálya. (Zoltán Varga was actually a famous Hungarian footballer.)

It was worth a practice on the pitch. Partly resembling our MUGA, but looking older and with an occasional pass defining divot, meant rapid adjustment such as needing to hit all balls and avoiding pushes and running with the ball. It is perhaps worth a thought for our fellow hockey players from Hungary. The pitch is the best in the country – although not a hockey pitch as we would know it but there are no dedicated hockey astros in the whole of Hungary. So if we thought we had it bad for support for astros in north London, it is a bit more challenging in the land of the Magyars. Also, Hungary it seems has just four hockey clubs. WH&E’s adversaries were among those, and it meant the Purple Power were actually playing against some members of the Hungarian national team!

A bit of a recap on proceedings – the tournament involved three teams, Építők Hockey Club in white (hereby known as the Whites), Szent László Gimnázium DSE in green (henceforth the Greens) and of course WH&E with each team played twice, so four matches for us to play. The games were being played in quarters but truncated to eight minutes a quarter. How, wonderful did that time curtailment seem by the end of the day!

So, onto the tournament….

On a warm morning, with the haze gradually being burned by the blazing sun, the WH&E team assembled. Except, two members were missing, Nick and Charlotte.

WH&E had already grabbed one player called Gary (aka Gergő) and another Balazs – surely another couldn’t be purloined? But, as the Purple Army was looking somewhat smaller, Nick and Charlotte arrived meaning a full complement of players in time for the start. The whistle blew at 9.02am.

As the two teams faced each other something seemed awry. Wasn’t this meant to be a ‘mixed tournament’ but the Whites had a roster completely of men?! Oh well, their loss…

Balazs (the WH&E temporary outfield player) had been heard saying how his team would easily rout WH&E. A little too presumptive perchance? Perhaps the WH&E ‘warm-up’ had put them off the scent, and he clearly didn’t realise he would be playing for us in the first game!!

The game took shape around a strong WH&E defence holding back the probing from Hungarian players, while WH&E had attacks of their own, with Hitesh finding the pass well and in the first few minutes WH&E were certainly on top. The first quarter ended 0-0.

The second quarter matched the first and half-time duly arrived. Balazs (outfield) re-joined his team, and László was added to the ranks of WH&E. The third quarter commenced, and WH&E were pressing again. Balazs was saving sublimely, from what to be fair were a very large number of White attacks, but Lisa, Gemma, Mike and Hitesh were blocking well. Perhaps the sheer number proved impossible to completely defend and as the fourth quarter was underway a White attack saw a goal. WH&E pushed and could have equalised but the shot from Charlotte in the final minute went just past the post. 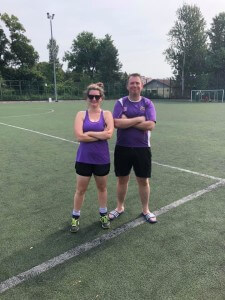 While defeated, the performance was strong, and WH&E were no longer the proposed whipping boys and girls.

WH&E thankfully sat out the second game and the ‘Whites’ played the ‘Greens’. Mike and Lisa didn’t get a rest however, as they umpired – and huge thanks must go to them. The Whites / Greens match up resulted in a sending off from both sides and a 4-3 corker.

WH&E were up for their second game. Positioning the two Hungarian loaned players, Gary and Laz, into the middle, Jake and Huw moving from there to the left and right. The Hungarians’ young age, running, excellent skills (and thus are surely destined for their national side) fitted well with the experience of WH&E. The line-up was Balazs in goal, Hitesh, Mike, Lisa and Gemma at the back, Gary and Laz in the middle with Jake left, Huw right and Nick and Charlotte up front.

With the temperature rising so was the tempo. WH&E came close several times over each half but in the third quarter the Greens scored. While Nick, Charlotte and Jake all had great chances in the game, it was in the final minute where WH&E came closest again. Another 1-0 defeat. 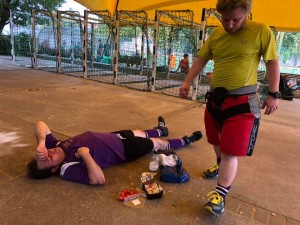 After lunch and much water, with the temperature rising to 40 degrees on pitch and 30 degrees in the shade, the return matches ensued just after 1pm. The idiom of English, madness and the midday sun should perhaps be extended to Hungarians. Hockey played in the middle of the day in August? You what? To be fair, they thought the same and are more used to playing in the cold. However, they did have many subs, which WH&E did not. That was definitely a help. The kind Hungarians also enabled WH&E not to have back to back games. Without subs it was a godsend. 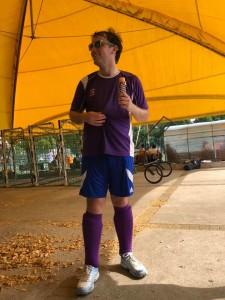 Returning to the action, was it time for revenge? While WH&E improved again, the team went 1-0 down before the first half was over and in the second half conceded another goal. Probably it was a fair result, but WH&E also played better again including from Lisa, Hitesh and Huw as well as the co-optees.

The Whites played the Greens again resulting in another high score – why were WH&E games so different? (Good defending!)

To the final game, against the Greens. By this time the 13th, 14th, 15th and 16th quarters of the day each felt like a normal 35 min half rather than the eight they were. The substitutes for the Greens undoubtedly helped and as a result brought considerable pressure and WH&E let in two goals.

Remember the pitch? Everything needed to be hit. However, hitting every ball on an uneven pitch can bring slip ups and it duly happened. A Green female player – Kata Béres – came in to tackle from a difficult angle, and was caught in the face by a WH&E stick resulting in a rather nasty blood injury. A complete accident and profuse apologies followed, but when WH&E checked in on her again later, she was ok there was no acrimony.

Finally, there was still time for a little more action and WH&E did not leave empty handed. In a highly unusual move, Nick went to the back and Mike went up front. As the final minutes were counting down, up stepped Mike, avoiding a tackle and with a shimmy into the ‘D’, a goal and huge cheers all round!!

The final whistle was dutifully blown, and the Hungarian tournament had drawn to a close. Four losses but close games and a minus four goal difference. It was time to retire to sample the best of Hungarian nightlife, which is very good – but what goes on tour stays on tour, of course! Come next year to see for yourself (there was in fact nothing untoward). In a plug for Budapest, it is a fabulous, old and majestic city with bars, cafes and culture. It is well worth a visit.

All credit and huge thanks to Balazs for organising the adventure and even taking everyone’s sticks in his GK kit bag! It has been many years since WH&E have been on tour and it was fantastic to re-enter with such a great experience. Plans are already afoot for a repeat tour next year, so watch this space for more details – it is well worth signing up! And finally thanks to the rest of the squad who joined the tour – everyone played their part in a fantastic weekend. 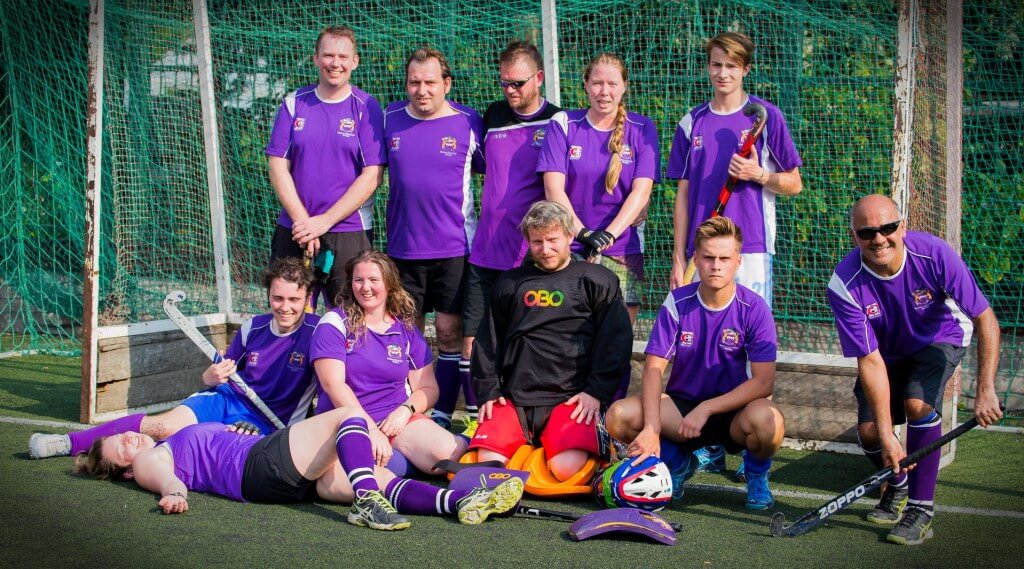