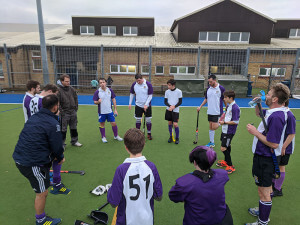 They were clearly not happy with this and after the goal was given, it turned on their nasty streak, as one of their players decided to embed their shoulder into Luke’s body ? – They really switched on though and Winchmore had to dig their heels deep to put in a strong defensive performance for the final 10 minute. Huw Van Dijk led this defensive effort as we had multiple balls shot into the D, only to be cleared out. In the final minutes, they had a short corner, which was shot well but Luke just managed to deflect it away from goal. Finally, the game finished 1-1 which was a relief.