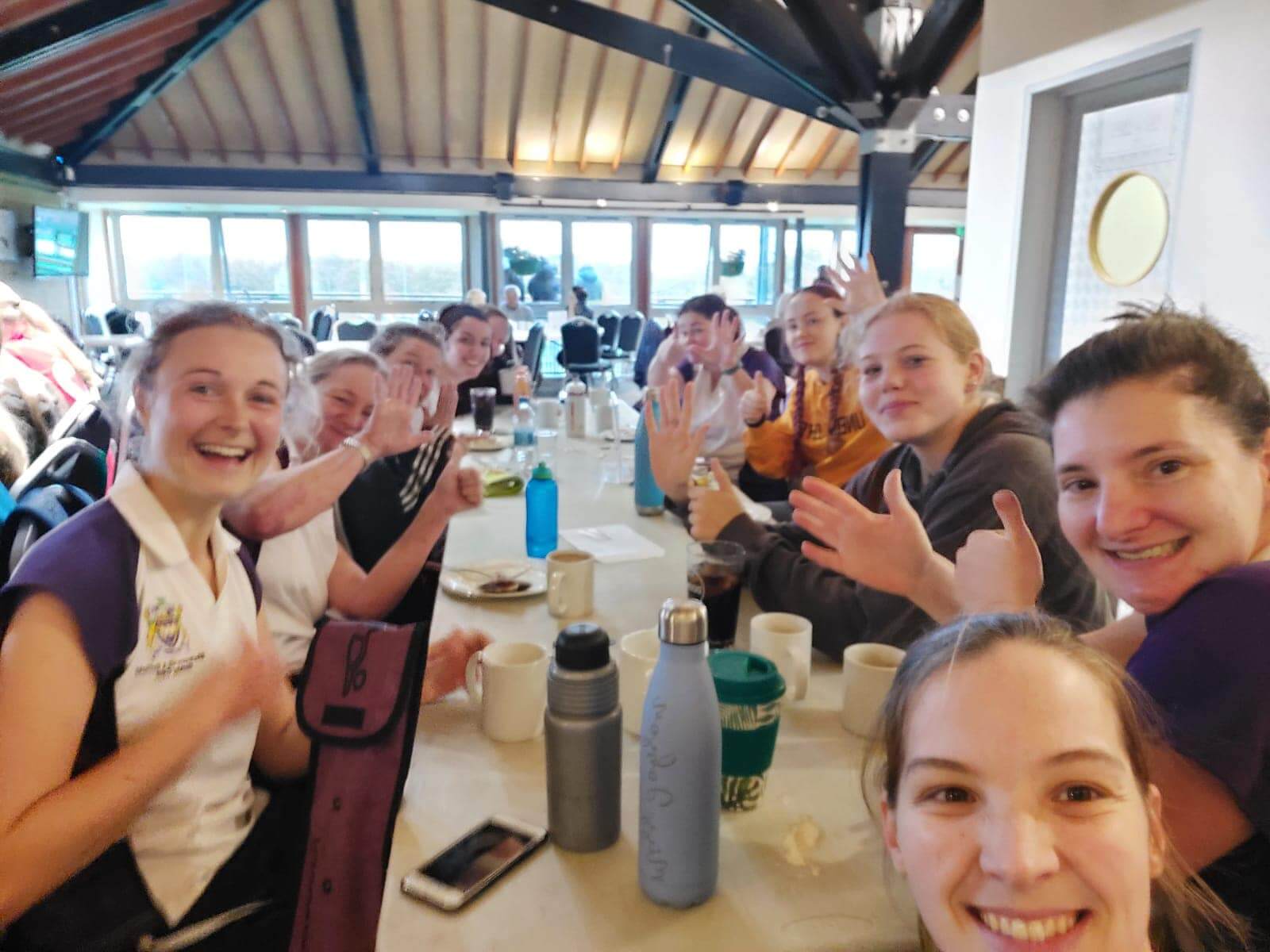 Arguably the most important match of the season was upon us, away against local derby rivals and 2nd in the league Southgate. Mixed feelings were among our team, some hopeful with two wins under our belts, others doubtful as a win against Southgate is pretty much unheard of.

The first half begun with a solid performance, strong defence and Freya making remarkable tackles and saves to keep Southgate at bay, as well as the midfield running their socks off to support the forwards with excellent passing play and strikes on goal. The first goal came from our current top goal scorer Kareen with a reliable hit on goal – reward for being in the right place at the right time. 1-0 at half time.

We were prepared for Southgate to come out hard and fast for the second half showing their stamina, but we came out even stronger. Another goal from Kareen, rebounding in off the post, a first goal for Pippa from a beautiful short corner hit at the top of the D, a poke in by Kylie with a bit of an unfortunate poke from the goalie too, and another one for Abbi to add to her rolling total.

To top off an incredible match, Kylie dribbled the ball down to the baseline and struck it towards the goal at a virtually impossible angle, flying past Southgate’s defence and goalie making the final score an unbelievable 6-0!! (Definitely in the running for goal of the season) A victory to go down in the history books!

The last three wins meant that we had leapfrogged from bottom of the league to 5th in the table! North London was definitely painted purple tonight. Roll on next weekend!!!

Special mention to MOM Pippa for strong passing round the back, reliable strength in her tackles and of course her first goal of the season!!

Our goal was to have fun and we certainly did. We took on top of the table Barnes and we knew it was going to be a tough one – they have been smashing every team in our league and seem to be a cut above the rest, so our job was to hold and use our chances when we had them.

The first 5 minutes we thought to ourselves, we can win! We played some smooth passes and had a bit of pressure. But then they decided to show up and let us know why their average result was 10-0. They were able to move as a team (thanks Dom), smash it into the D for deflections and look for any short corners with their well drilled set plays.

Nic played brilliantly in net for us and was dipping, ducking, diving, and literally standing on her head to keep their goal count down. She even had her ear out and let us know by eavesdropping what short corner play they were going to execute!! l Even with all of that, they were still able to smash 5 home in the first half. Although, we had a few breaks and from our own penalty corner Sam took a straight shot from the top of the D that she cleverly deflected off their stick up and over the keeper and into the net – only the second goal Barnes have conceded in 7 matches!

The second half was again a defensive class, but we marked well, tracked our players and Nic again stood on her head to keep them down to 3 goals. We had our breaks, Sam almost put her second in but it was just a tad too far ahead of her to slot it home. Altogether we played a solid team game, and we were pleased that we scored one and definitely frustrated their attackers with tackles, interceptions and tight marking. Player of the match to Nic for outstanding keeping and being and little eavesdropper. Thanks Pipps and Lisa for umpiring and hugs to Beth who had a nasty head on head collision with another player. ❣️