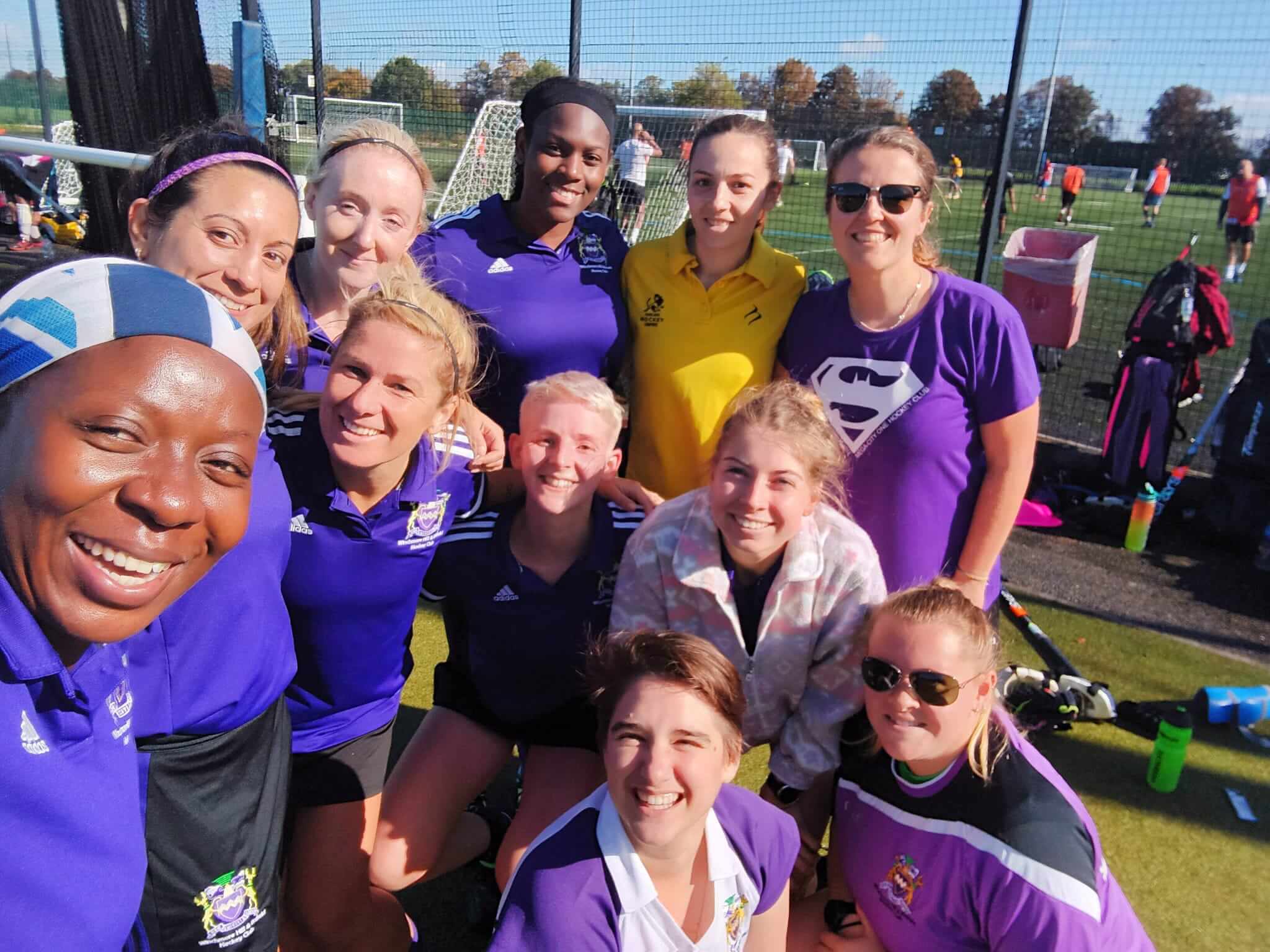 OK nobody panic….I mean it. No one panic!

It was yet another sunny day at Southbury, the ladies arrived ready to go and there were no snails on the pitch to rescue….missing Beth and Abbi we were concerned but with T joining us and Kate available due to the 2s cancelled game we were hopeful we could still get a good result.

We started strong, very strong, a goal coming in the first few minutes from a very composed Karen Gray at the back post. Two more goals coming in the 1st half from some lovely 1-2 play between Kate and Evie and another when Sam decided she knew how to sort of drag flick the ball….don’t ask her to do it again….as demonstrated when she then tried to aerial the ball only to plant it firmly into Amy’s back .

Then the 2nd half started and Karen went mad, 3 more goals coming in very similar guise from crosses to the back post. A final goal from Karen Goode when Sam yet again proved that she really didn’t know how to flick it because Karen had to take evasive action but styled it out to look like a well-practised volley past the keeper.

So things we learnt….

The M1s played out an action-packed 4-all draw at home against Osterley, the visitors coming back from 4-2 down to equalise with a converted penalty corner on the final whistle. A frustrating finish for Winchmore who had dominated the game and largely managed to keep their cool after an off the ball incident early on set the tone for a challenging game, only for it to slip away in the last few minutes.

Lessons learned, a point gained and still top of the league after 3 weeks.

The M2s found themselves on the road to Ealing for a 1:15pm game. The team were strengthened by the surprise arrival of Dom.

The game started end-to-end but within minutes Theo (from right-back) found himself on the near post but unfortunately did not convert. Throughout the first half we had many chances down the right-hand side as Josh terrorised their left-back, but it wasn’t until a deep ball by Tom put into the D was converted first time by Luke.

The second half started the same with a few chances coming to us, but ultimately we could not convert the half-chances we received. Ealing however were growing into the game as they had changed their formation and chances started to fall for them. Unfortunately we ran out of gas as Ealing were able to counter-attack and got three goals all in fairly quick succession and nearer the end of the game. Their 4 substitutions really played a massive part.

MOTM: Tom Pearson. Despite the result, dominated the midfield and played a fantastic game. Got an assist too.

No game for the L2s this week after their opposition conceded…