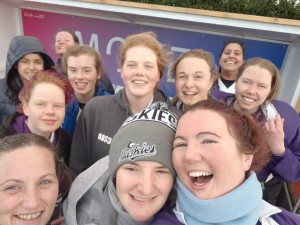 After the half-term break (for some), the men’s 1s returned to a more normal line-up for the away trip to Hertford. A tight first half brought two goals – the first for Hertford from open play, which was then cancelled out by a well worked penalty corner that was cleverly disguised to make it look like it had gone wrong (?), only for Colin Foad to calmly find the bottom corner.