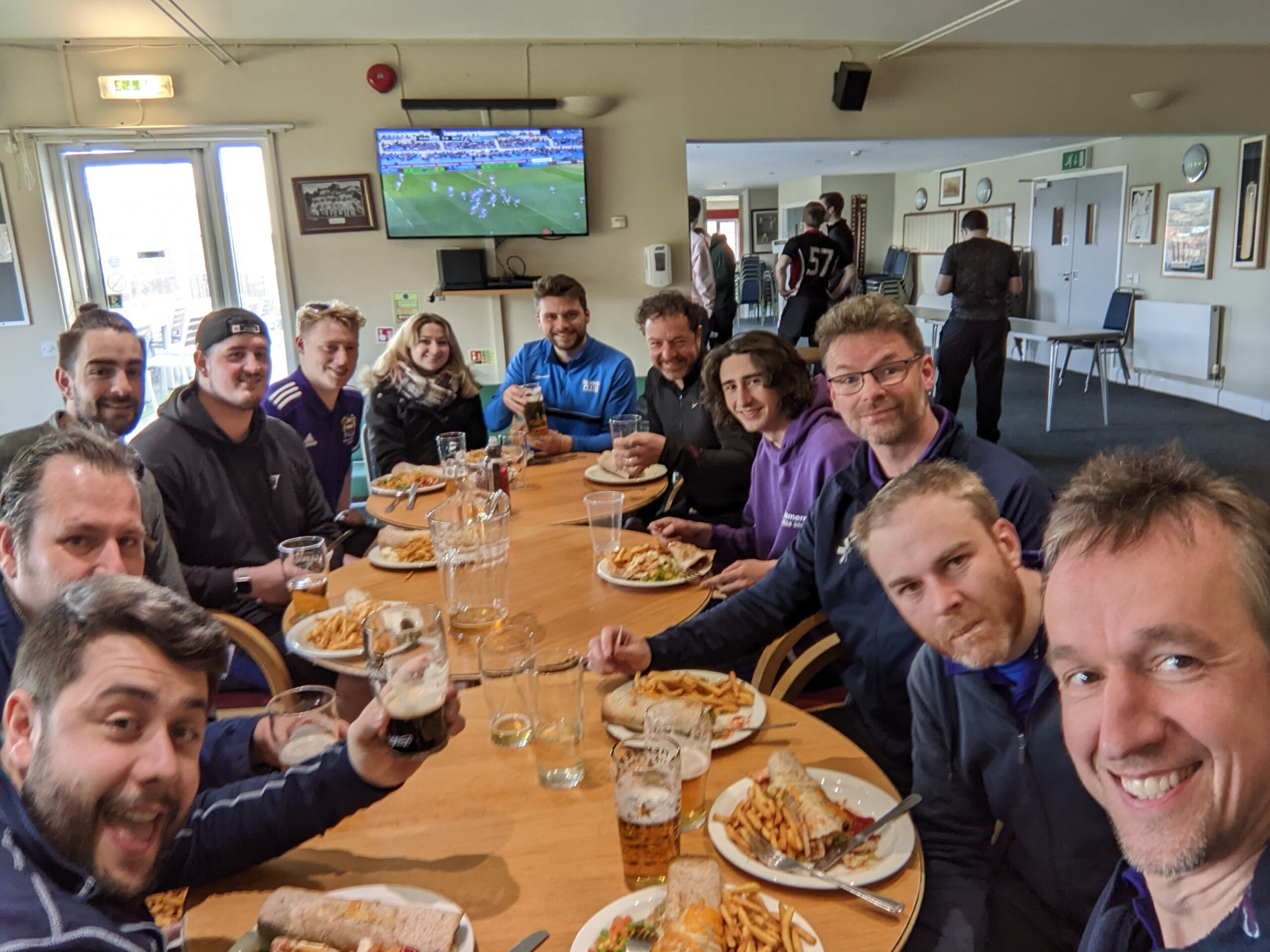 Goals from Beth, Abbi and Bethany helped the ladies 1s to a fine victory over Ham & West 5s. The celebrations clearly so good that no-one remembered to write a match report! 😂

The Men’s 1s made what is becoming a regular trip to the delightful surroundings of Brent Cross to play 2nd placed West Hampstead 3s.

This season in London has certainly been a challenging one. On this occasion, the 1s set out to challenge a few assumptions and influence the outcome of the league with two West Hampstead teams currently vying for first place.

Winchmore competed strongly for the first half of the first half, maintaining a disciplined and coherent press, allowing the opposition a lot of possession around their own 25-yard line, but without significant penetration, before conceding to a quick break at the mid-point in the half.

From this point, the opposition did maintain a regular tally of goals, although they were often frustrated by some excellent saves by Aidan Mullins who had donned the goalkeeper’s pads for the occasion and delivered a man-of-the-match performance to boot. Hidden talents, indeed!

Despite the final score – a somewhat West Hampstead-flattering 6-2, it was clear that Winchmore also carried a threat. Excellent interplay between midfield and attack down the left saw a penalty flick conceded and neatly put away by Colin Foad. A threaded through ball in the second half from Asher Cohen set up Luke Trevill who tussled with the goalie and scored from a tight angle with a slotted shot.

(John Lappin gets credit for a Salt’N’Pepa-style verbal assist by shouting “push it”, at this point, which clearly made a huge contribution to the ball going in the net.)

So, what to make of the performance? It was a testing day, but the team showed a lot of defensive spirit, organisation and some attacking vim. A very strong opposition might have had something to worry about if we could have got one more goal at 4-2. We continue to ascend the steep learning curve this league presents.

With a very fair wind blowing in off the North Circular, you never know what might have happened. Not this time though.

MOTM: Aidan Mullins on his GK debut for the club – an outstanding performance

DOTD: John Lappin, for only realising his shorts were on backwards at the last minute and having to make an emergency switch during our team talk! 😂

The sun was out as the motley crew turned up. Two juniors on their second game with us, our captain out due to covid, Lorna ill, and Gemma making her post-baby debut (sadly no baby there as support).

A great ball from Gemma to Kylie, after a great run the ball then went on Charlotte who masterfully passed it on to Jodie. Approaching a one-on-one with the keeper, Jodie was unfortunately taken out by a defender falling over herself.

We were awarded a short corner. Using our ‘new plan’, the ball went straight from Kareen as injector to Charlotte at the top of the D, who passed it straight back to Kareen. A beautiful deflection sent the ball arching over the keeper straight into the goal.

Lorna fancied playing a bit of football, stopping the ball on the line and giving a flick away. Fortunately Chris was there to save the day, and the ball.

A tight game, with two fine goals from Jonny Molloy, but top of the table OMT 3 came from behind to snatch the points and maintain their 100% record.