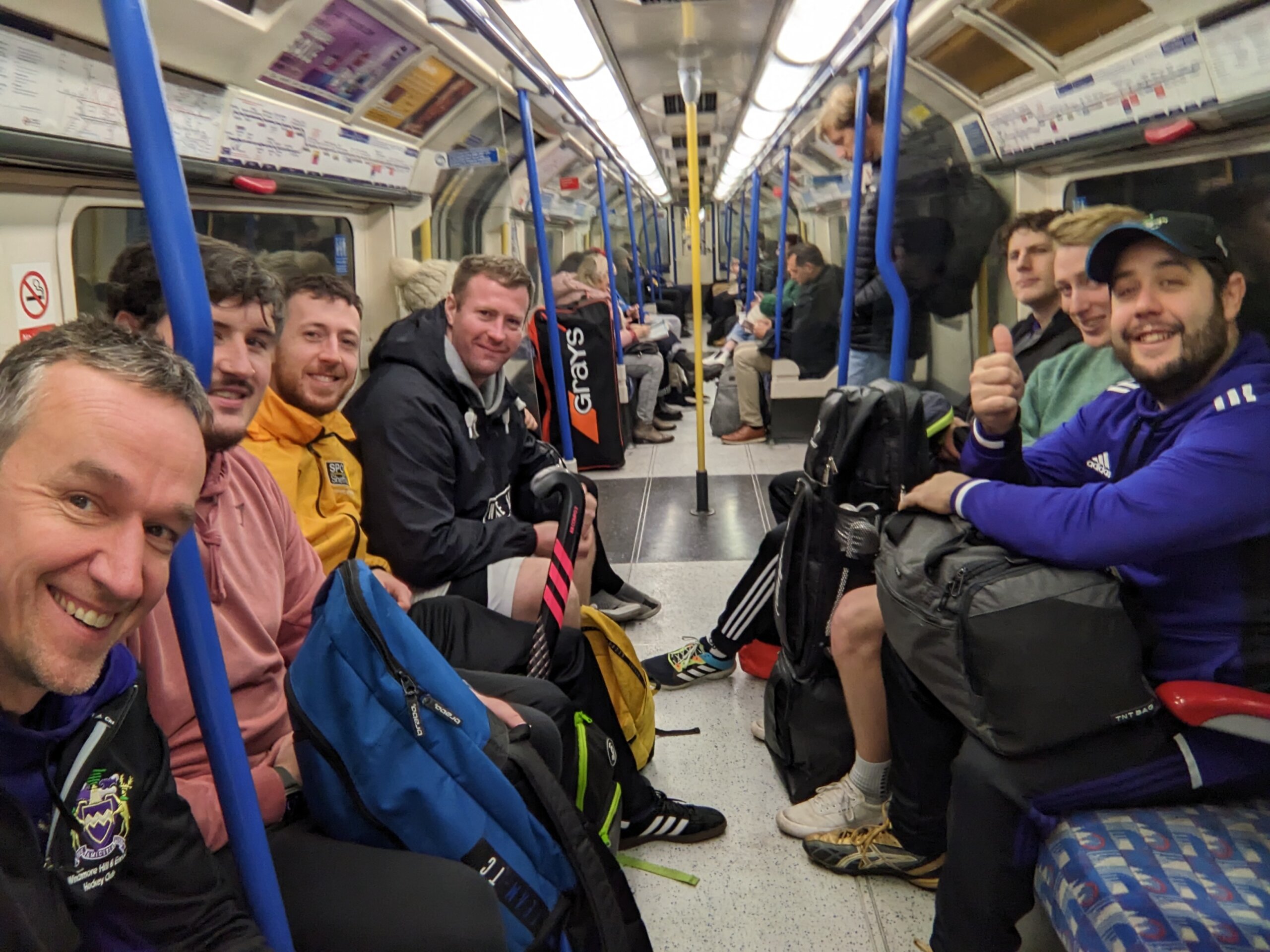 The M1s faced a difficult match on the road (or tube!) against Richmond, with the final score ending in a 4-2 loss. The team started off slowly, with Richmond scoring two goals in the first half, leaving the team trailing 2-0 at half-time.

And another Richmond goal from a penalty corner after the break left Winchmore with a mountain to climb. However, Colin and Luke brought the team back into the game with two well-executed goals, bringing the score back to 3-2. Unfortunately, a bad tackle by Dan resulted in him being sent off for two minutes, leaving the team a man down when we were pushing for an equaliser.

Despite a much improved second half, Richmond were able to hold on and wrapped things up with another penalty corner conversion on the final whistle.

Despite the loss, there were some standout performances on the team, with Jack earning MOTM for his fine performance in midfield. Unfortunately, Dan earned the DOTD for some dodgy shoe action on the way to the game, as well as his green card.

We went 1-0 up against top of the league Spencer in the first 30 seconds courtesy of Karen Gray. So incredible I’m not sure anyone knew what was going on, especially Spencer!

What followed was a panicked Spencer fighting to claw back to 1-1. Which they did, can’t remember how….then they made it 2-1 with let’s be honest a very good reverse shot from top D. Lesson to learn: we must remember to keep marking….

In the 2nd half, Abbi did her usual oh so casual scoring to make it 2-2. Which is how it stayed until the 61st minute when Spencer scored again so we threw everything at them…

SOOOO close to a 3rd and another equaliser but no, and Spencer managed to sneak a 4th in with two minutes to go.

A 4-2 loss to top of the league, which seemed a harsh result after a really good team performance – only the second team to score more than 1 goal against them all season.

With a somewhat coordinated arrival we gathered eagerly on the sidelines at Brent Cross early doors, albeit missing a captain thanks to the beloved snooze button!

With thanks we made it through till almost the end of the game without rain but then when it finally did we were too tired to care.

An early first goal gave us hope but alas despite some great saves by Freya and some team effort defending we sadly succumbed to defeat.

Of course our juniors proved their worthiness once again with some great play, Anju marked perfectly and Charlotte made some great passes, but alas we were thankful for the full-time whistle. A massive well done to everyone’s effort, thanks to the oppo, umpires and the chef for teas and better luck next time girls!

A week after edging past PHC Chiswick M6 in a close encounter, the M2s were outplayed by their 5th team. That is all.