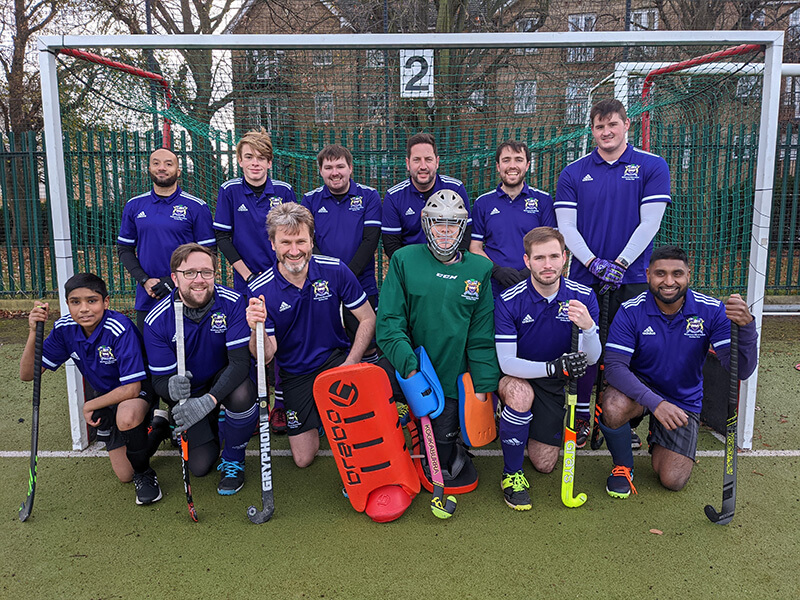 The men’s 2s started brightly with nice passing in triangles and threatening the visitors early on. But they couldn’t make the breakthrough, and shortly after Colin limped off injured it was Chiswick who took the lead with a very well drilled (in every sense of the word) penalty corner. Another well taken goal made it 2-0 to Chiswick, who were showing remarkably good form for a team without a win thus far.

Half time team talks done, and a cagey second half saw the visitors score a third, and then Winchmore start to lose patience with each other. The visitors running out comfortable winners 3-0.

One nil down, somewhat against the run of play, Winchmore battled back with an equaliser converted at the far post by Lucy Cohen after a good cross from Gemma Gatting on the right.

After the break it was the visitors who scored first again, but then the best move of the match saw fine teamwork from Winchmore down the right side, another cross into the D and a beautiful first-time finish by Vicki Lim-Bettes to bring the scores level again.

But it was West Hampstead who piled the pressure on in the last 5 minutes, eventually converting a penalty corner to steal all 3 points.

No matches this week for M1s or L2s