Week 24: The men’s 2s finished the season in style, dominating the game against a previously unbeaten Southgate Tankards Y, and running out comfortable 3-0 winners. 2 well taken goals from Leo and 1 from Stuart Carrick who neatly put away a well worked penalty corner. 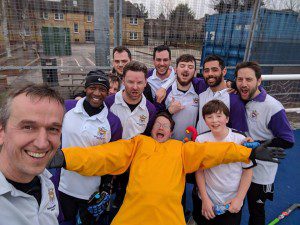 What a great all round performance:

BOOM! What a great all round performance. So proud of everyone and we are now guaranteed promotion by finishing in the top 3 ? and may still finish second depending on what happens in Southgate Tankards Y’s last game.

And of course, many thanks to Beth for umpiring again ?

The ladies 1s started an epic weekend of hockey with a match against Ashford on Saturday. Some awesome play and great teamwork led to a 1-1 draw. Giving ourselves a glimmer of hope of surviving. MoM is shared between Karen and Bethany for being awesome and she scored a goal! 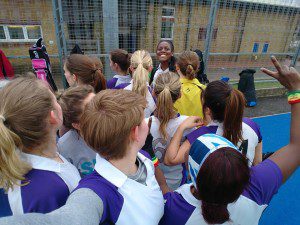 We continued our weekend of hockey with an early 10 am start on Sunday morning against Hendon and Mill Hill. Despite some great play and well taken goals by Caroline, Bethany and a penalty flick by Samantha but we couldn’t quite keep them out and they managed to sneak a 4th leaving the score 4-3 at the finish.

We now wait on the West Hampstead v Hendon and Mill Hill game on the 7th April to see if we stay in the premier division or face a journey into div 1.

As if this wasn’t enough hockey for the team, 6 players from the mornings game decided a mixed game would be a good idea this afternoon. Needless to say we tried hard and collapsed to the floor in heaps where we stood when the final whistle went.

Shout out to Rachelle who doubled up Saturday and Sunday and played 4 games!