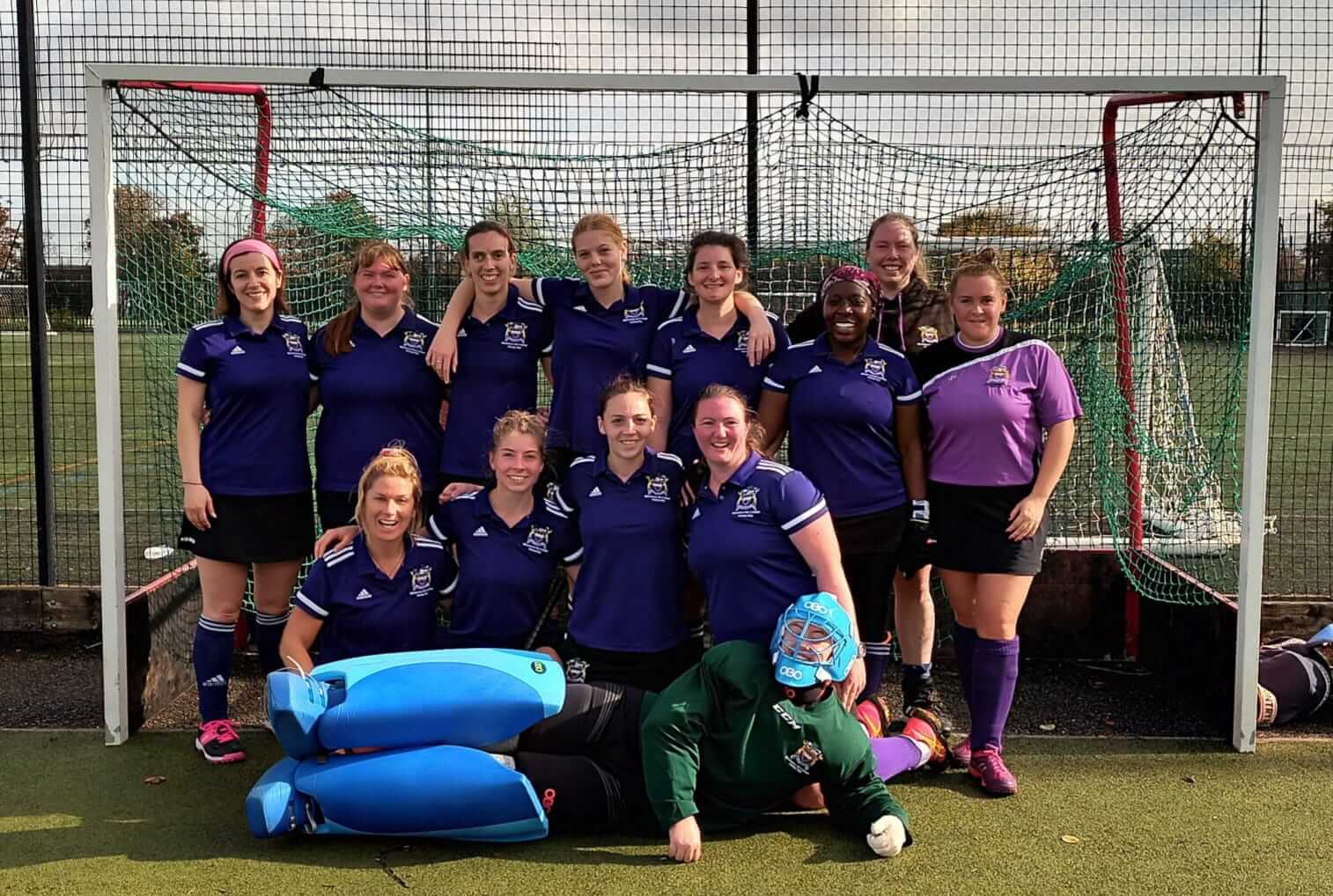 The ladies rocked up to Southbury for their England Hockey Championship game against Cheam. Fortunately, it was sunny instead of the rain from the last couple days and we set about trying to not continue our run of being knocked out of cup games in the first round….

With a mixed squad of 1s and 2s it took us a while to remember how to play together, but once we got the hang of it, we made some inroads. A couple of short corners, some great teamwork, and with Abbi full on confusing their entire defence, Sam was able to cross the ball to Charlotte who put us 1-0 up.

A bit more end-to-end action and the team demonstrated (coach) Jim’s point from Wednesday about defending from the front, with pretty much our entire forward line in our 25 at one point.  Another great run saw Charlotte putting the ball across the D high in the air, Evie did not manage to volley it, but Abbi connected to smash the ball in and put us 2-0 up.  Some great team play together and an excellent result.

A cup win and on to the second round!

Winchmore men’s team took the long trek to Surbiton in the first game of the cup, with Wayne graciously stepping in to help as the emergency goalkeeper. We started slowly with Asher picking up a card after being adjudged to have not retreated the requisite five metres. However, we soon took the lead – Jack Wilson finishing with aplomb after a fine counterattack.

Surbiton quickly equalised, and then took a 2-1 lead, before Winchmore top scorer, Colin Foad, found the target with a well struck short corner to bring it back to 2-2 at half time.

Winchmore hoped to up the intensity in the second half and show their fitness, but two quick goals from Surbiton left a mountain to climb in the final quarter of the game. Undeterred, Colin clawed one back with a shot from the top of the D after a great pass by Joe, and then Luke won a flick that was calmly dispatched by the skipper, Ollie, making it 4-4 at full time and ‘shuffles’ would decide the winner.

Asher stepped up bravely to take the responsibility of the opening shuffle, despite the age and greater experience of his companions. Unfortunately, Asher was denied by the heroic acrobatics of the keeper, which swung the momentum in favour of Surbiton who won the shuffles 3-0.

MOTM: Wayne Plummer for a great performance as stand-in goalkeeper