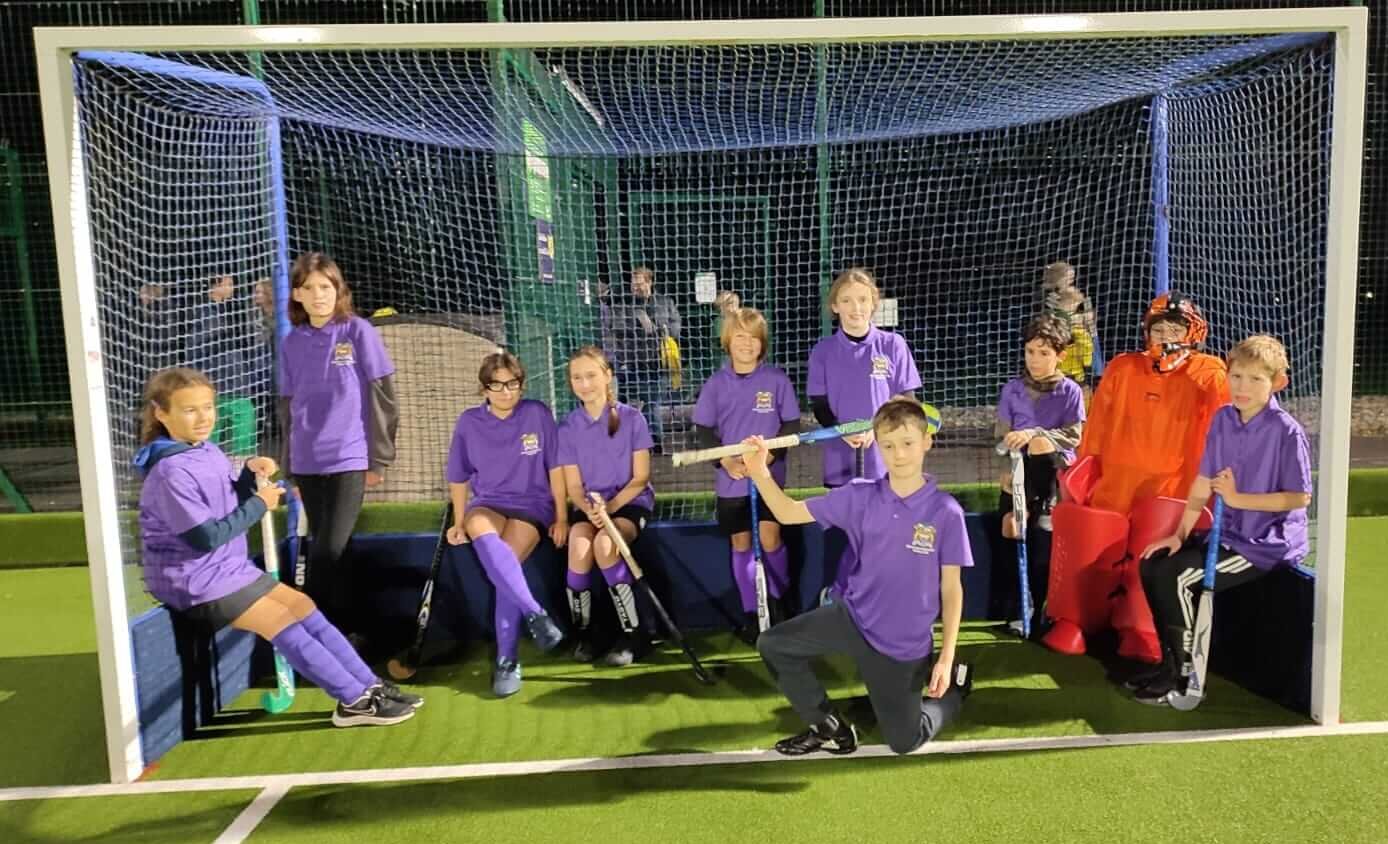 The U12s headed up to Blueharts, full of energy and enthusiasm.

The team felt a little unlucky to lose 2-0 in the opening game against Berkhamsted & Hemel C. Hannah and Poppy worked well together in defence, making strong passes up to Emilia in midfield who created chances for our forwards.

Next up, we faced Blueharts C2s. Two great efforts from Alex and Mia were cleared off the line, and Orla came close too – well supported by Felix. Our debut keeper Yiannis make some crucial saves as the game ended 0-0.

We were straight on again facing St Albans C. We took the lead with a great finish from Alex, with help from Edward who had recovered from an injury in the first game. St Albans found an equaliser and the game ended 1-1.

In the final game, the U12s were up against Blueharts C1. Thomas made some strong tackles in defence, and the whole team worked hard with the game ending in a 4-0 defeat for us.

A good tournament all round with a team that’s continuing to develop every time. A big well done to Alex, Edward, Emilia, Felix, Hannah, Mia, Orla, Poppy, Thomas, and Yiannis.