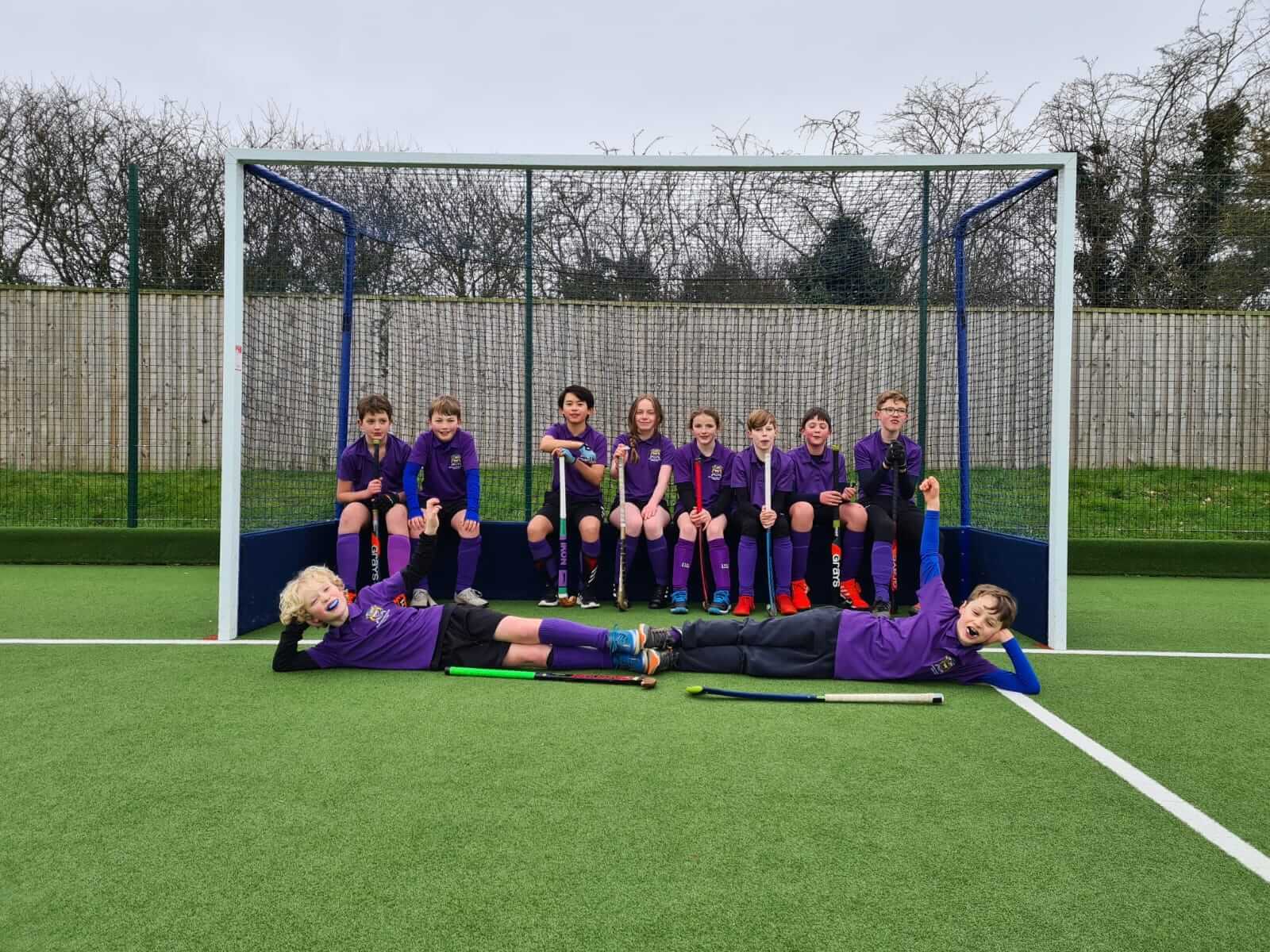 The Under 12s headed up the A1 on Sunday to Blueharts Hockey Club in Hitchin for their first tournament in a long time. Some nerves, an air of the unknown, but lots of excitement.

We got off to a flying start with a 1-0 win over Broxbourne B. We played some lovely hockey. It was an all round great team effort with a superb finish from Oscar. What a start to the tournament!

We again dominated possession in the next game against Harpenden C with some excellent work from Sam in midfield. The game ended in a slightly frustrating 0-0 draw, but U12s went into the next game more determined than ever to get a win.

Despite facing a strong Letchworth B side, some great pressure from James S, Aled, and Grace, and important tackles from James T and Edward, meant we went 1-0 up after a brilliant finish from Oscar. Another win!

Slightly taken aback by the presence of a goalkeeper in our penultimate game, U12s worked hard and forced the keeper to make lots of saves. We felt unlucky to come away with a 0-0 draw against Blueharts C.

Hearts sank when a goalkeeper again appeared for the final game against Blueharts B. But not to be deterred, the U12s put in a strong performance. Orla got in to some good positions, and Teddy followed up on the rebound with a brilliant goal lifting it past the keeper. Adam smashed the ball past the keeper with a great first touch for our second. We held on to win 2-1.

Thanks to Jason and to parents for their support on the day.